A lot of good things happened in 3D in 2021, the most recent and grandiose of course being Blender 3.0. Even though i have been a huge fan of Octane for most part of the year, new Cycles makes CPU rendering on my mac almost as fast as Octane GPU rendering. I’ll miss Octane projection nodes, and the ability to plug image texture into a normal input without adding the meaningless Normal Map node, but i’ll probably go back to Cycles as my main renderer. After all, it’s free for real, and does not require connecting to license server and using up limited unlocks for your free licence after you have not connected for a while. Also, Apple has finally joined Blender Foundation, and they promise to deliver GPU rendering with Metal in Blender 3.1 which essentially means i may postpone purchasing an expensive render farm until much later, and stay with my mac for now.

I have learned quite a lot this year. The most recent being of course geometry nodes in Blender that got updated and expanded in the latest version. I have not yet delved deep into their might, however, even the simple things are really fascinating. In my most recent project Psychedelic Virus, i used geometry nodes to animate the movement of both the substrate and the shrooms. Tutorials by Erindale, the mahāguru of geometry nodes, have been extremely helpful.

My another area of learning has been greatly improved by purchasing Designer and Painter at the end of 2020 which have been bringing me new versions throughout the year. Sadly, the great software got ugly Adobe and 3D contamination in its name along the way which resulted in increased cost of 2022 Steam versions by 25%. Adobe also made their Stager available on Steam for the same price, but i can’t determine whether it’s a good thing or not, and whether i have any real need for it just yet.

I’ve had considerable success with Designer this year, having found it a lot more convenient and intuitive than Cycles shader nodes. For the Psychedelic Virus project, i made a texture for substrate and three textures for various parts of a shroom in Designer. 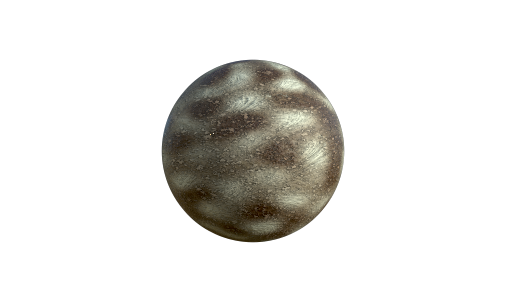 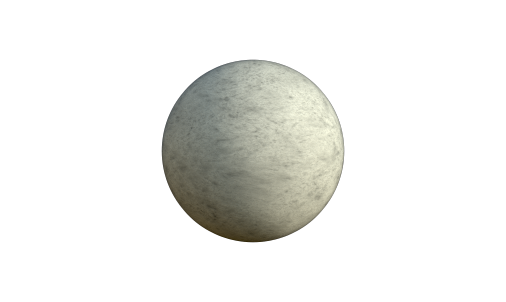 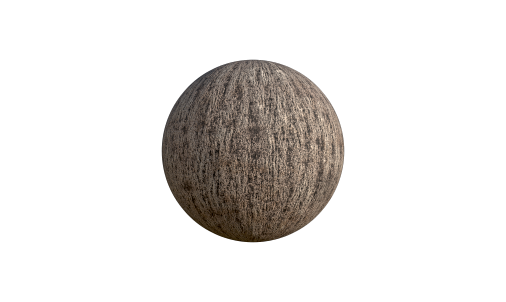 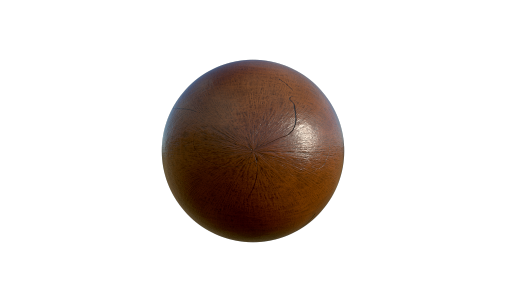 I am still far from achieving realism, but i think i got the gist. Also, most tutorials where authors infinitely blend various noise maps for the mere sake of complexity no longer intimidate me. I found that going minimalistic produces comparable results while leaving the node tree clean and easy to understand. 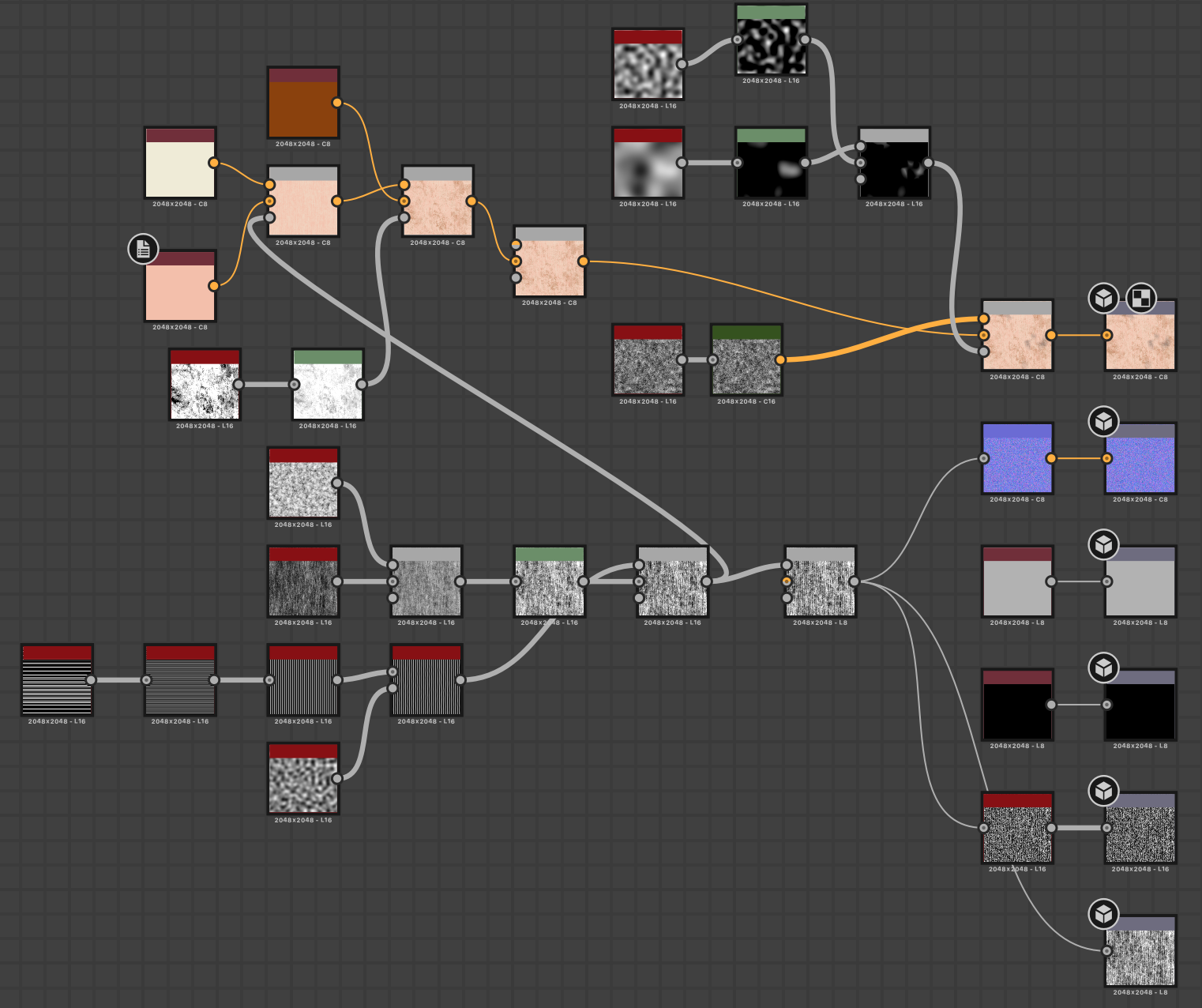 One tutorial that has been extremely valuable and contains nothing of that meaningless noises blending is worth mentioning: Creating a Subsurface Scatter Material in Substance Designer by Enrico Tammekänd that i was able to watch thanks to ArtStation Learning being free throughout 2021. I believe it is the best tutorial for creating a complex Substance material, and it also exposes subsurface scattering, a topic i’ve been struggling with this year.

Painter has always been more difficult for me that Designer, and honestly, i only used it in Psychedelic Virus to compensate for the lack of good texture projection nodes in Cycles. However, i managed to produce a believable shroom. 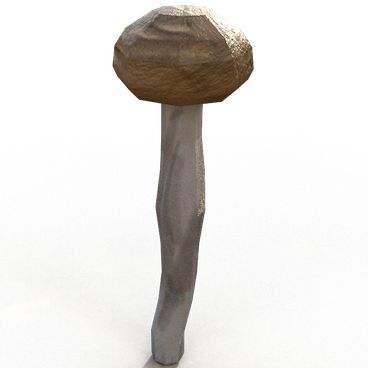 Nice trick i came up with trying to simplify texturing of the shrooms was to UV unwrap the first shroom, then create several duplicates for variation, moving and scaling them without adding new geometry, and being able to use the same UV map for the whole collection. UV unwrapping and texture painting still stay among my main goals for improvement in 2022.

A new area i started to explore, and certainly will continue in 2022 is compositing. At first, i could not quite understand why i even need compositing, except for some nice visual effects. However, my whole perspective changed when i tried DaVinci Resolve earlier this year, and later when also learned that Blender complositor was subpar, and also learned about Natron, an open source ripoff of Nuke, an industry standard for compositing. There’s a good introduction to Natron by djtutorials. I find his way of narration a bit annoying, pace being too slow and the amount of useless detail a bit too excessive, however, the amount of knowledge he outputs is also superb.

And then there is a jewel of 2021, Blender Bob or Robert Rioux, a professional who worked on VFX for several Hollywood films. His Blender tutorials are extremely enlightening, with perfect pace, charming humour and infinite depth of knowledge, but the greatest thing about his channel is the series about compositing in Nuke. Non-commercial version of Nuke cannot use GPU on my mac and the output is too slow for my liking, but almost same setup can also be used in Natron, and Bob even demonstrates Natron in his video series. Thus, i learned that a great part of Blender workflow, not only colour correction, can be offloaded to the compositor. Even lighting can be done with compositing, which allows infinite tweaking without the need to render the scene again, and saves immense amount of rendering time.

Despite the constant nagging feeling of not having done enough, i am very happy with my 2021 3D art learning. The most important is of course that i haven’t burned out, and i haven’t succumbed to discouragement. I’m still as excited with infinite new knowledge i face, and still willing to pursue it.

In addition to honing my modelling, texturing, texture painting and compositing skills, i’d really like to do more sculpting in 2022. Maybe even try sculpting humans!

And the holy grail that is persisting throughout all of my learning, and is probably a holy grail for every 3D artist is concept art. Even though the chance i’ll end as a concept artist is extremely low, and it’s not a job i’d like to have when i move into the 3D industry, it’s tempting to learn anyway.

Incidentally, my most favourite artwork of 2021 is both with original concept and involving sculpting. 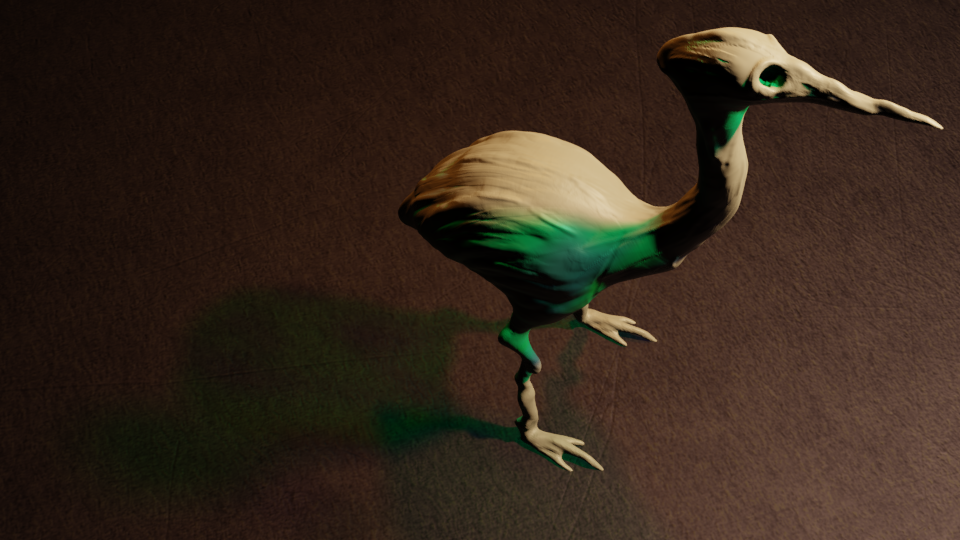 Learning 3D art has also got much more meaning for me this year when i went through an uneasy experience. At one point, my brain almost stopped working, i was literally struggling even with Wubi, vim commands and touch typing.

I somehow thought of art therapy, and turned to Blender in order to regain my brain function. I was making an artwork every day for four consecutive days. 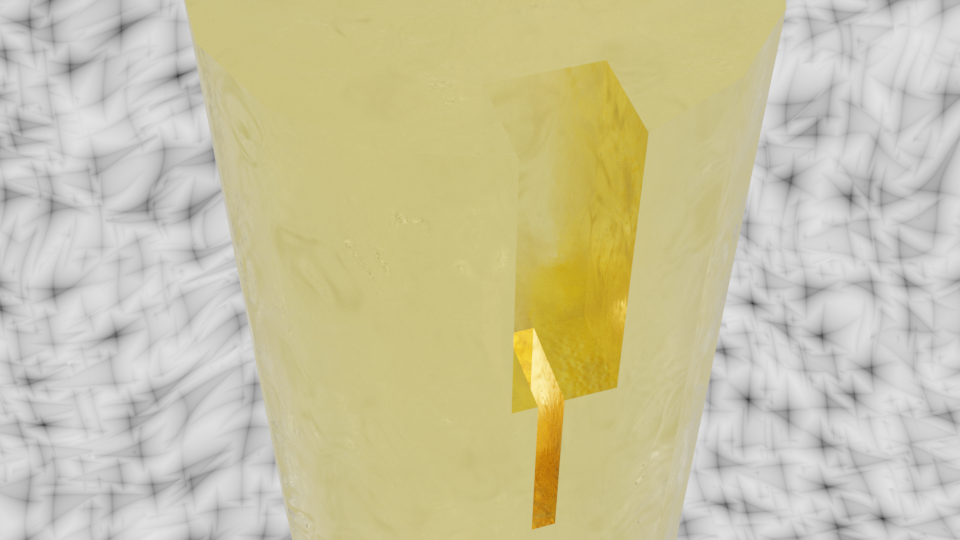 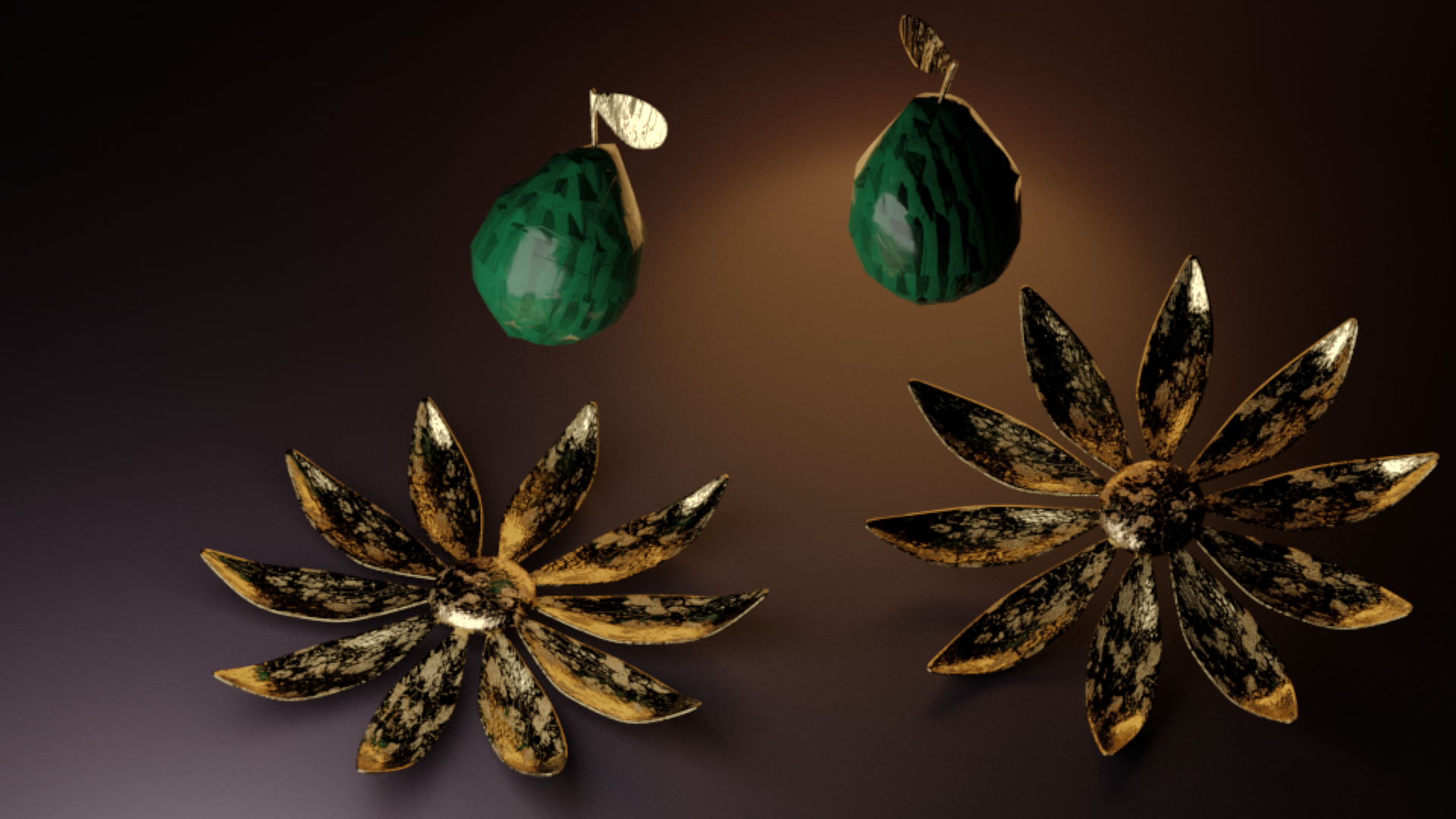 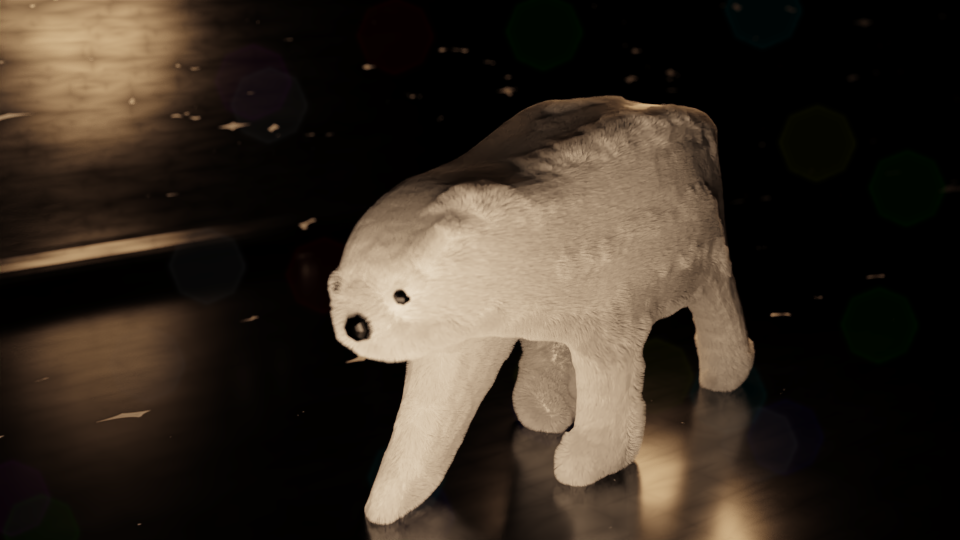 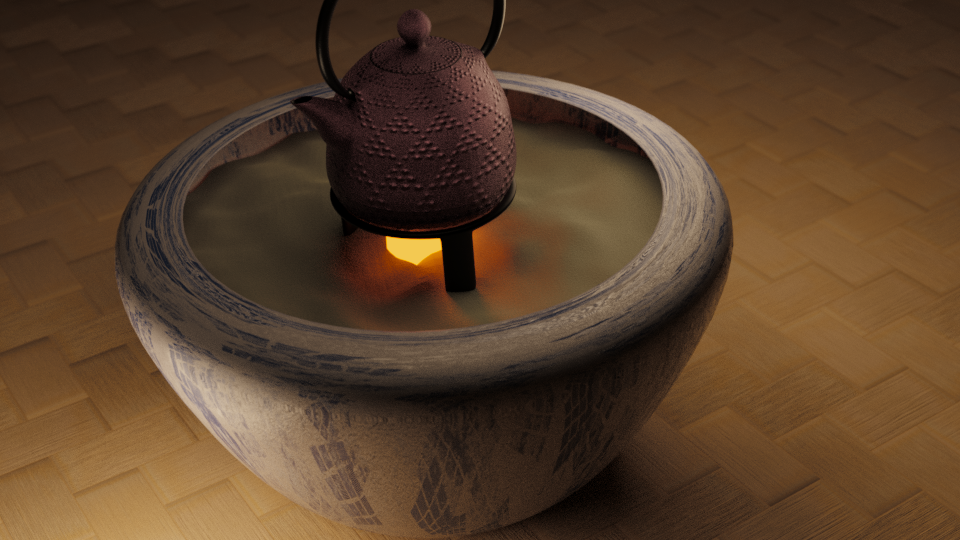 It helped a lot. And as a side effect, my return back to my senses has been recorded in artistic form.