This June marks the first anniversary of learning 3D art for me. It had not been an easy year. I have learned a lot of the basics: modelling, sculpting, procedural texturing, lighting, compositing. It’s still too early for me to specialise, there’s even more to learn. New exciting areas like VFX and NLE extend before my eyes, while I only taken a few steps in their direction. I’ve had seen some visible improvement in the quality of my works and 3D assets. I’ve learned to think about quad only topology from the start, pay attention to colour theory and composition.

However, for almost half of the year I was suffering from a severe artist’s block. Only in June I got back into practice with reinvigorated enthusiasm. Originally I was planning to learn sculpting, but creative whirlwind carried me away into a large project that demanded I explore areas completely new to me.

On my way I explored Blender’s innovative geometry nodes, and even touched the basics of sound design and post-production in DaVinci Resolve. 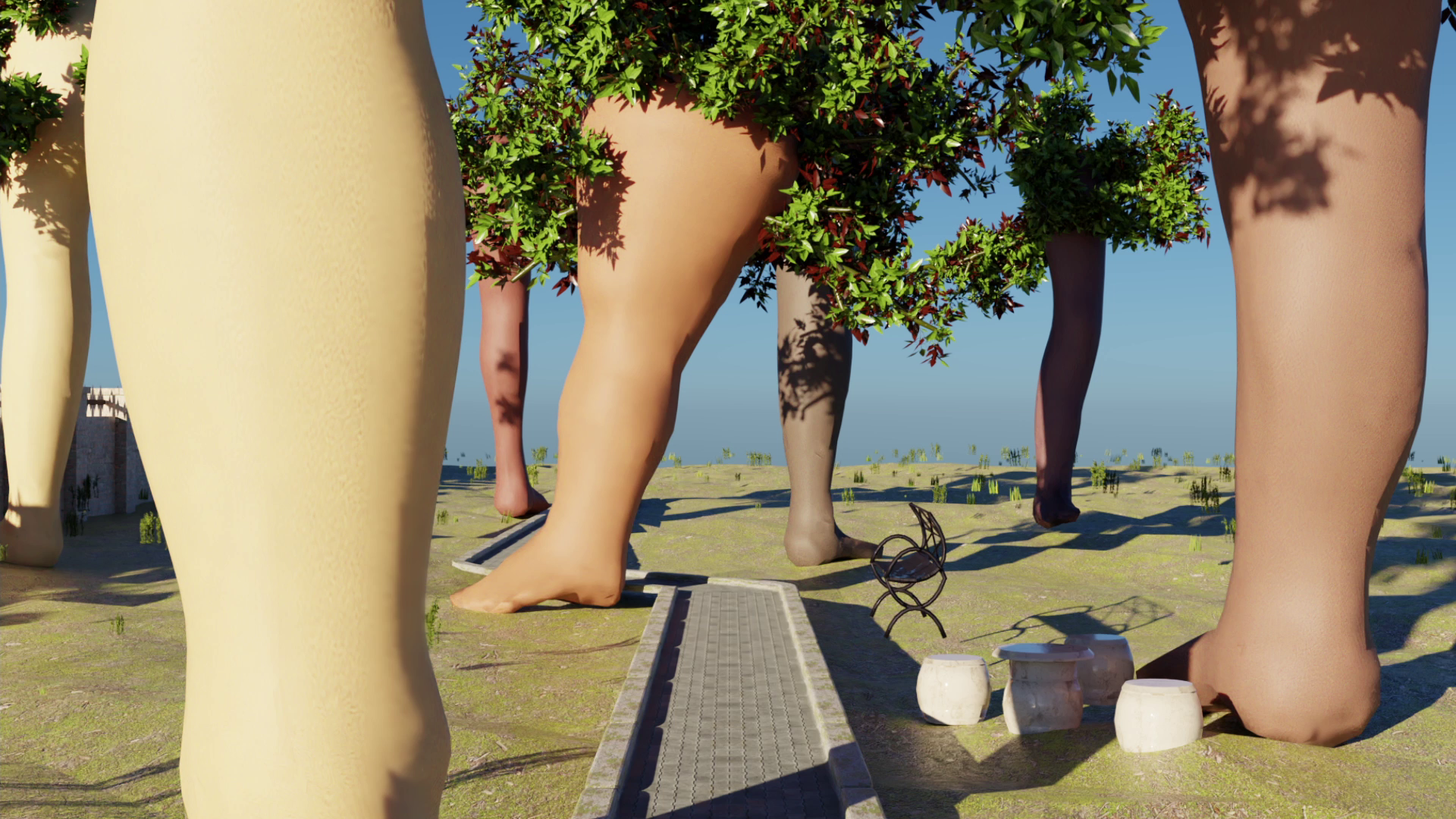 I started with a sculpting exercise: sculpting human legs. I chose the new workflow utilising voxel remesh, and in order to simplify things only used a single level of detail at 0.05. I kept a cheat sheet of brushes nearby for convenience. 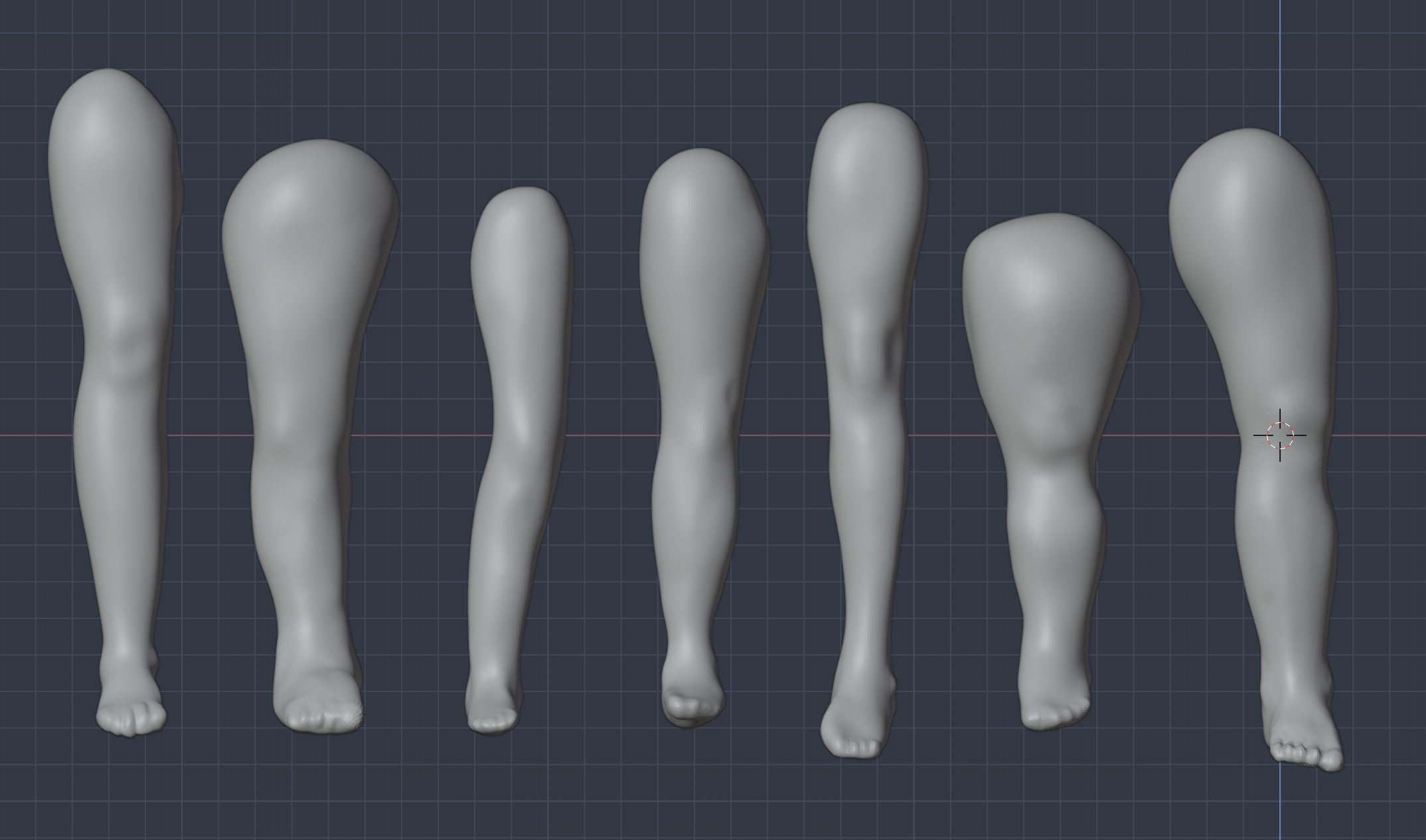 After I practised for a while and had a collection of seven different feet, I moved on to the next step.

This has been my very first encounter with sculpting-retopo workflow, and I had quite a few models, therefore I decided against pursuing the complicated path of manual retopo and instead went for Instant Meshes approach. I made a mistake that cost me a lot of time though. It turns out, meshes created by Instant Meshes have a lot of edges marked sharp. It is necessary to import them back into Blender and clear sharp, otherwise baking high poly mesh onto a low poly mesh is glitchy.

For texturing instead of Blender I used Substance which allows a more streamlined experience. I baked high poly meshes onto low poly meshes and applied prebuilt Human Leg Skin texture in Painter, which I mixed with a subtle vein pattern that I created in Designer. Back in Blender I used Principled Texture Setup and turned on Subsurface Scattering. 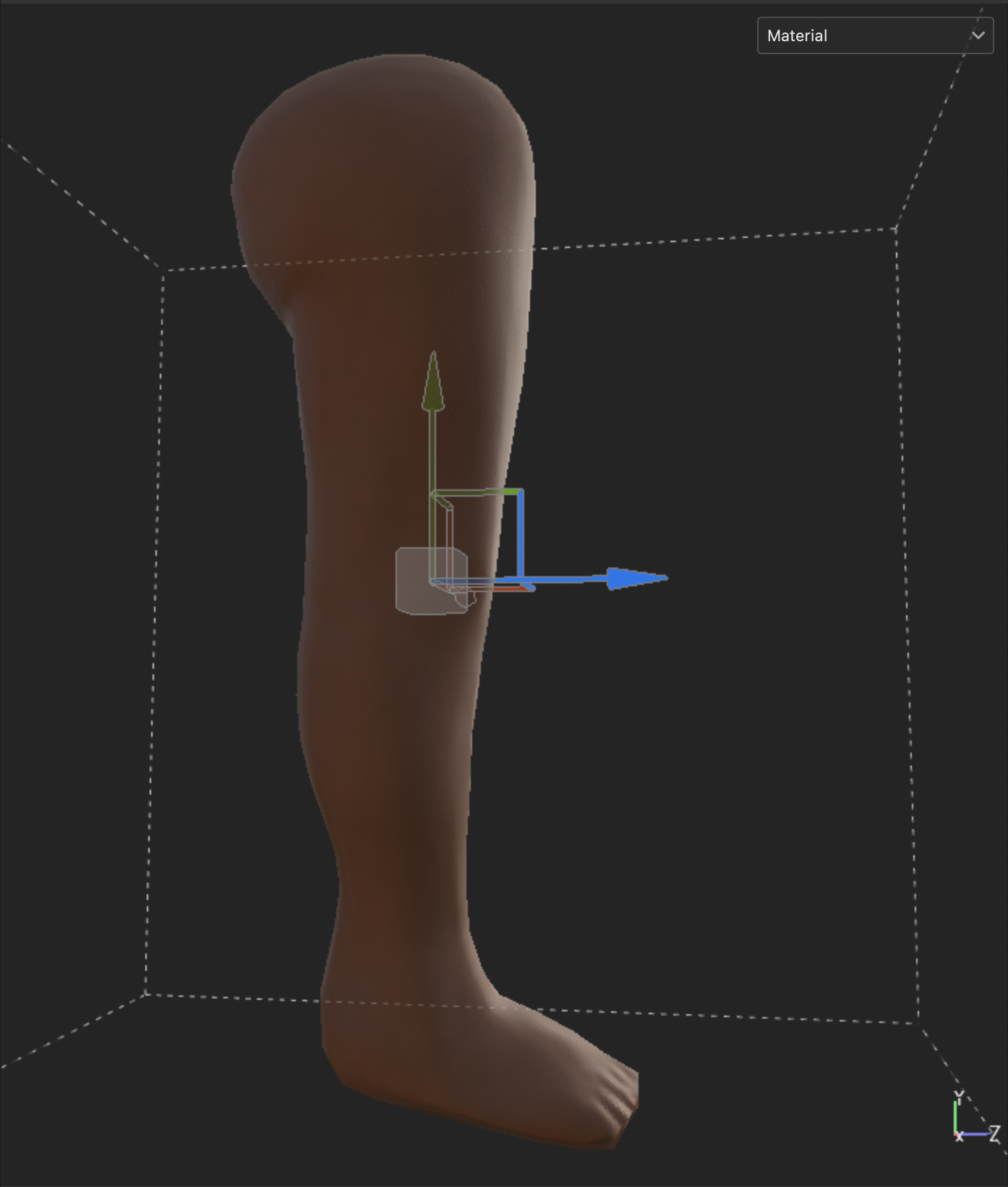 For branches and leaves I decided to learn new geometry nodes feature instead of relying on particle systems. Geometry nodes are much easier to control, and scattering node setup is quite simple. For texturing branches I created a procedural texture in Substance Designer, and for leaves I used a simple Blender node setup with two different colours for front and back faces, which resulted in a more interesting look while sparing me the need to work on the texture for too long. 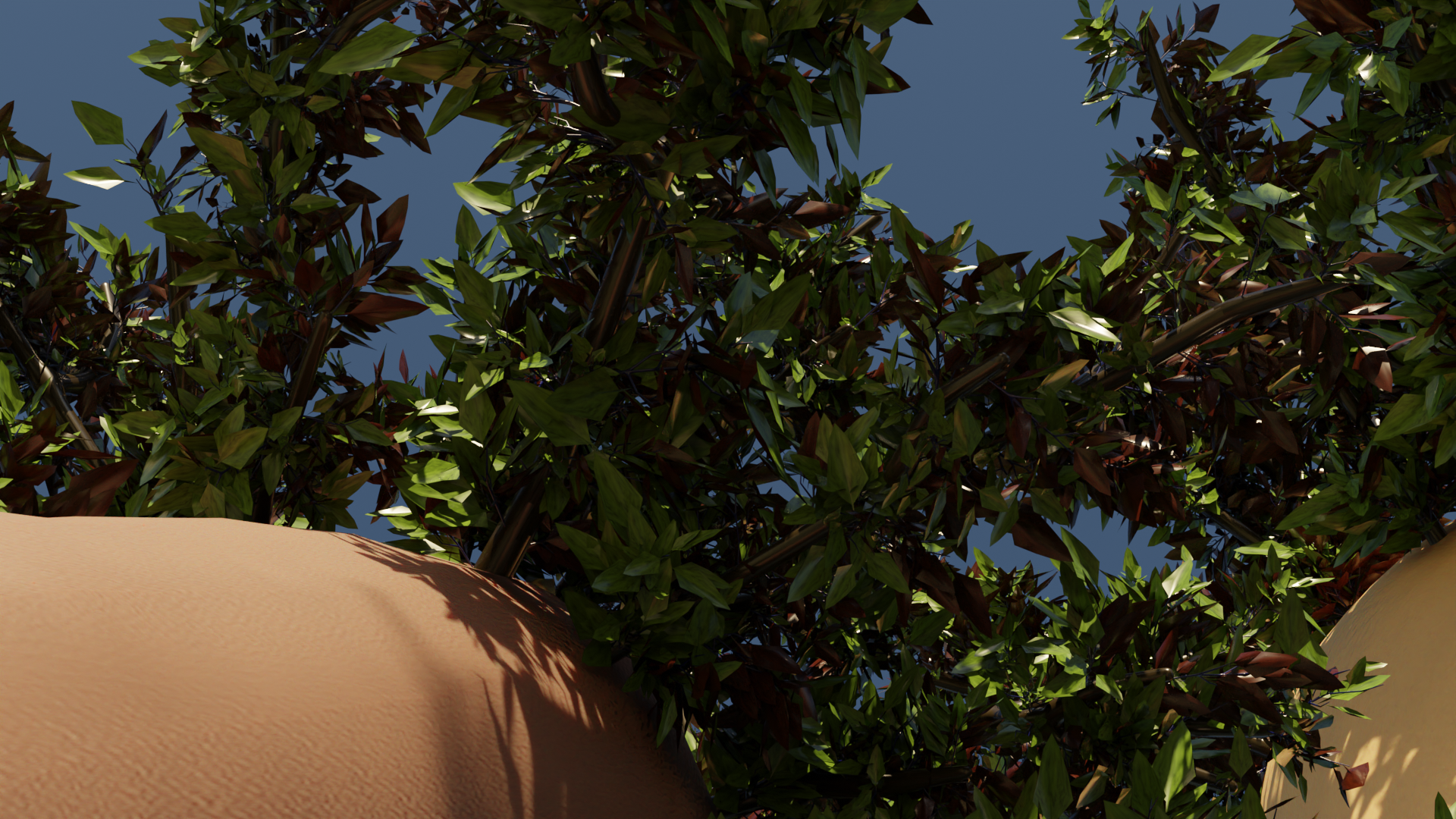 I used simple displace modifier with a noise texture for the ground, added a pavement, a stone table with chairs, a fence and a bench, and some simple vegetation as another geometry nodes scattering system. For all textures I used premade ones from [https://ambientcg.com](https://ambientcg.com. For sky I used Nishita. Ozone setting of 7 gives a nice blue sky.

After everything was ready I decided to go for a short 9-second film in addition to static shots. I started with rendering all 216 frames on my CPU with Blender 3 and Cycles X. I only have CPU rendering on the mac, so I had to wait for a day and a half. When I had all the frames, I got a new challenge. Learning completely new software for post-production, DaVinci Resolve. With the help of some YouTube tutorials I managed to add camera shake effect, correct a couple of render errors and add a soundtrack. For the latter I used a free cicada singing sample, man walking on the street sample by Harris85, and a recording of myself speaking Japanese. Mastering was done in Audacity.

A 9-second video can only sarcastically be called a film, but for me it really means a lot. It’s a transition from stills to animation opening another level of storytelling. I was a bit afraid to begin because it seemed impossible for a single person, but the first episode of Dynamo Dream gave me a completely different perspective. Now I am looking forward to making even longer videos, and by continuous learning I’ll be able to tell a myriad stories before I die.