City on a river

At times you encounter another rare Chinese character and just can’t help wondering, why did the river of history divert from its riverbed for this character, why did not it become an iconic representative of its underlying concept, but somehow got attached to a rather specialised word, and together with it was constrained to the outskirts of ‘Hanzi Empire’.

One of such characters is , which is a logograph, combining 巛 ‘river’ and 邑 ‘city’. What a great combination to signify a big city that is surrounded by a river!

Yet, this particular character originally meant a particular river, Yongjiang‧邕江 (that is why it got a reading completely unrelated to its radicals) and a particular place where that river flows, Yongzhou‧邕州 located in Guangxi‧廣西, currently south of its capital Nanning‧南宁, in Yongning district‧邕宁區 that inherited the character for its own name. Due to that 邕 is also used as an abbreviation for Nanning as a whole, as well as in its nickname 邕城, and also in the name of Guangxi opera‧邕劇. 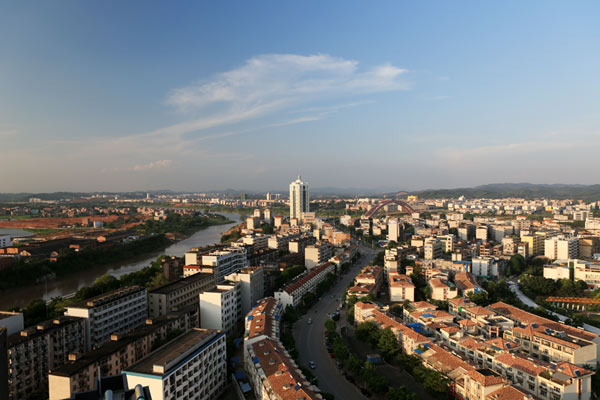 Besides, the character is sometimes used instead of ‘harmony’. The old form 雝 utilised 邕 as a phonetic, and because it is quite rare, it was sometimes borrowed to stand in place of the whole character.

And last but not least, 邕 also occurs in names, most famous being that of Cai Yong‧蔡邕 (132–192), a famous writer and calligrapher of Eastern Han‧東漢 dynasty.